We were fortunate to have a chat with Dr. Deepak Sudheendra, MD, MHCI, RPVI, FSIR, one of the foremost experts on venous diseases.

Pelvic Venous Insufficiency (PVI), previously known as Pelvic Congestion Syndrome, is a vascular problem involving the pelvic veins.. It is caused by blood refluxing (going backwards) down the ovarian and iliac veins, resulting in blood pooling within the pelvis. PVI typically happens in women who have had at least one pregnancy but may occur more rarely in women who have never had children and elderly women. Pregnancy is a main risk factor for PVI because pregnancy causes increased blood flow and pressure in the pelvic veins.

What’s the Difference Between Pelvic Pain and PVI?

PVI and musculoskeletal Pelvic Pain can cause similar symptoms in patients, so it’s important to understand some key differences between the two to best direct your care. In PVI, patients may experience:

What Should I Do If I Think I Have PVI?

If you suspect your pelvic pain is due to PVI, you should first see your OBGYN to rule out other causes for chronic pelvic pain, such as endometriosis and fibroids. You may also want to see a pelvic floor physical therapist to try a more conservative management of pelvic pain symptoms before undergoing any procedures. PVI is suspected and conservative measures have not helped, you will be referred to a Vascular Specialist to formally diagnose PVI and properly manage PVI.

Conservative treatments for PVI include compression stockings, pelvic support garments, and weight management. If the condition is severe enough, minimally invasive interventions may be warranted.

Dr. Sudheendra (aka Dr. Sudi) is the CEO & Medical Director of 360 Vascular Institute in Columbus, OH that is opening in the winter of 2022. Previously, Dr. Sudi founded and directed the DVT and Complex Venous Disease Program at the Hospital of the University of Pennsylvania that became one of the most respected and busiest vascular programs in the country, drawing patients from across the US and abroad. He has trained over 100 residents and fellows as well as many practicing physicians from around the globe. In addition to conducting research on venous disease, he’s been invited to guest lecture around the world and developed hospital algorithms to improve the diagnosis and treatment of DVT. After 10+ years at HUP, Dr. Sudi has decided to return to his home state of Ohio and develop his own vascular institute that focuses on pelvic venous disease, peripheral arterial disease, uterine fibroids, and other complex vascular conditions.

Do I Have a Core Muscle Injury?

Period 101 Part 3: Vaginal Discharge and What it Means for Your Health 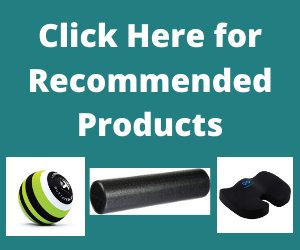