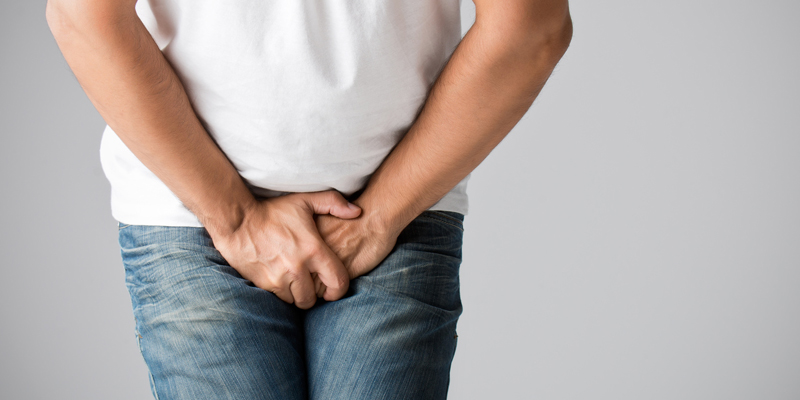 Athletic Pubalgia or sports hernia is a strain or tear of any of the soft tissues (muscles, ligaments or tendons) attached to the lower abdomen or groin.The most common symptom for athletic pubalgia is groin pain. The groin includes anything that attaches to the pubic symphysis (the point where the two pelvic bones meet in the front) or the lower abdomen. This includes where the leg attaches in the hip crease. The most vulnerable muscles are the oblique muscle tendons that attach into the pubic bones and the adductor tendons.

Symptoms can include one or more of the following:

Sports hernia typically occurs in athletes, however at Rebalance we have seen cases where athletic pubalgia was caused by pregnancy/delivery.

Typically, sports hernia is brought on by high-impact twisting activities. This can include any actions where there is a sudden change in direction, such as kick boxing, gymnastics, or a planting of the feet and twisting, such as in hockey or tennis.

Athletic Pubalgia is not usually caused by a specific injury. It usually starts gradually and gets worse and worse over time.

It’s often seen in athletes, but it can also occur in individuals who do not do high impact activities. It can be brought on by cumulative misalignment and poor body mechanics over time.

Athletic Pubalgia and the Pelvic Floor

If the athletic pubalgia comes on gradually, it could be caused by misalignments which are often associated with pelvic floor dysfunction. Tensioning in the pelvic floor is also associated with the over recruitment of the abdominal muscles. If the abdominal muscles are over working, this can strain the obliques and the adductors and lead them susceptible to injury over time from twisting actions.

Tensioning in the pelvic floor can be caused by an asymmetry in the pelvis. You might be over stretching the back side and, as a result, tightening up the front. This uneven pull can lead to tension in the pelvic floor, which can cause misalignments that make you more susceptible to developing athletic pubalgia.

It’s important to release your pelvic floor, release your obliques and learn to use the transverse abdominus.

At Rebalance Narberth and Philadelphia, we take a holistic approach to treatment. If this injury is caused by imbalance, it’s important to look at your alignment to try to correct the imbalance.

We want to release any of the tissues creating bad alignment and increase awareness of alignment or do hand on work to improve alignment. Once you have normalized muscle tone and are more aware of alignment, we’ll teach you how to move with that new alignment.

7 Healthy Bowel Habits to Start after the Holidays

How to Reset from the Holidays with Food