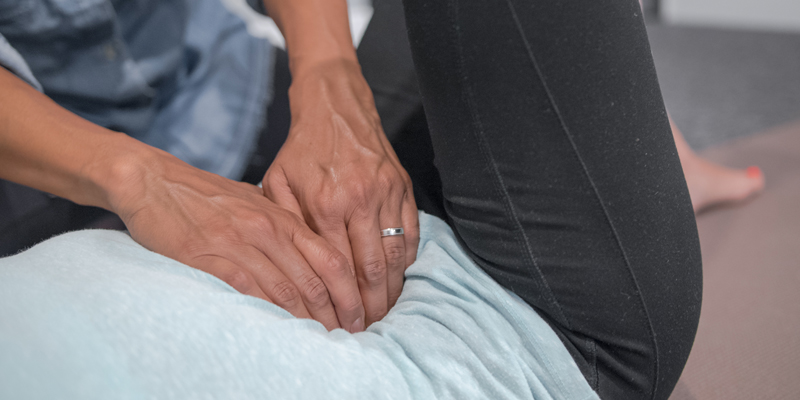 Inability to make it to the toilet on time

Minor “streaking” of stool in underwear

Often accompanied by other issues such as constipation, diarrhea, bloating, gas

Treatment for fecal incontinence is based on the cause and outcome of the testing. Typically, treatment consists of medications, dietary changes, and exercises. At Rebalance Physical Therapy, our treatment for fecal incontinence consists of a holistic approach beyond simply strengthening pelvic floor muscles. We differ from traditional therapy by looking at the whole body to identify contributing dysfunctions. Evaluation and treatment is individualized. We use the Integrated Systems Model (ISM) for Pain & Disability (Lee & Lee, 2007) as framework for treatment to interpret the unique picture of the individual. The goal of the ISM approach is to facilitate better strategies for posture and functional movement to ultimately eliminate the fecal incontinence issues.

Incontinence is often accompanied by underlying postural dysfunction. The dysfunction brings with it other muscular gripping patterns which put increased intraabdominal pressure on the pelvic organs hindering their function. All areas of the body are linking and interacting with each other during daily body function, including bowel function. By considering the connections between parts of the body and treating the underlying postural or movement dysfunctions, the fecal incontinence is better reasoned, explained and treated appropriately.

Hydrate Into the New Year